What are Cat Microchip Side Effects?

Suppose you are not familiar with a microchip. In that case, it is a small implant with an identified integrated circuit placed subcutaneously or under the skin—often placed between the shoulder blades of various animals. Should they become lost, any veterinary hospital or shelter has “microchip scanners” that allow detection of the microchip and its associated number. From there, they would contact the owner of the pet so they could be reunited with their furry companion! 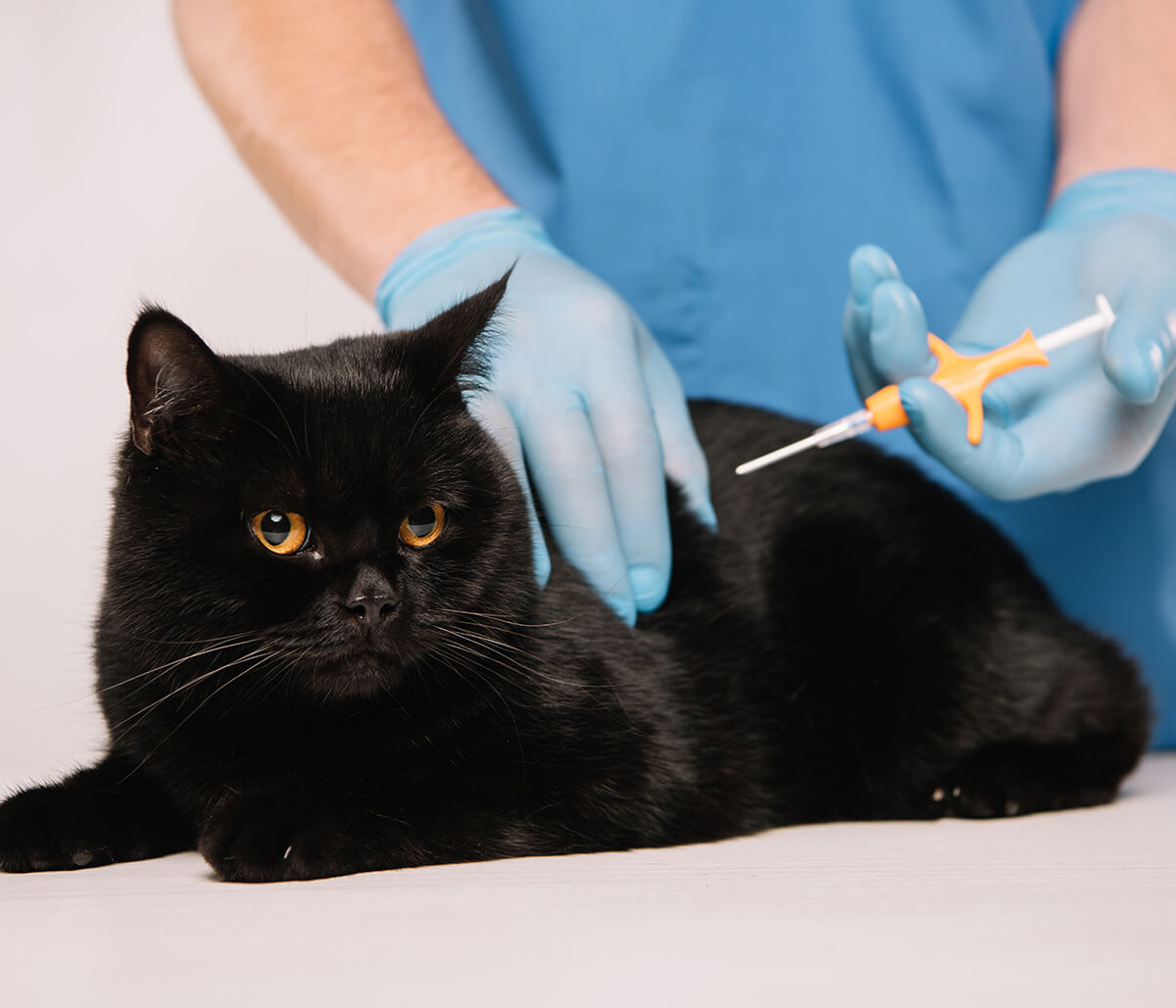 Though many dog owners know the benefit of microchipping their dogs, as they tend to get loose easier than our kitten companions, microchipping is also just as beneficial for cats!

According to the American Association of Feline Practitioners, despite research showing that cats represent the largest owned species group in the US, many cat owners still lose their cats each year. They report that once a cat reaches an animal shelter, they have a less than 5% likelihood of ever being reunited with their owners again! If a cat presents to the shelter with a microchip, it can be reunited with its pet parent (assuming the owner gave their information to the microchip company).

Despite the research, people still have concerns if microchips pose any adverse side effects to cats. The good news—there is plenty of research to show that cat microchipping side effects are all extremely mild! The most typical side effect is tenderness and slight inflammation at the injection site.

Though there have been some questions raised regarding whether the microchip implant causes cancer, there has been no clear association between cancer risk and microchip implants in dogs and cats. The consensus is that the potential for such an event exists but cannot be associated one way or the other.

Overall, most veterinarians believe the benefit of having a microchip outweighs the small chance of your cat having any severe microchip side effect. Curious, is a microchip right for your fur baby? We recommend that you make an appointment with us at San Marco Animal Hospital at 904-516-9767 to discuss further cat microchipping and its side effects!

Back to Microchipping Page

Dr. Venkat Gutta moved to the US almost two decades ago to further his passion for veterinary science. Having earned a Master’s Degree in Animal Science in Georgia and having completed the North American Veterinary Licensing Exam, he completed clinical rotations at the Louisiana State University School of Veterinary Medicine. Dr. Gutta then received his license to practice in Florida. For over a decade, he served as an associate veterinarian at the Banfield Pet Hospital. He benefitted from a great amount of exposure and experience, especially in high-quality veterinary medicine and surgeries for soft tissue injuries. To date, Dr. Gutta strives to be approachable to his clients and ensure that they have complete awareness and understanding of the health issues that are faced by their furry friends. His special interests lie in skin issues, behavioral problems, senior pet wellness, nutritional counseling, preventive care, and wellness examinations, particularly relevant to canine and feline medicine. Today Dr. Gutta continues to keep himself updated about modern advances in veterinary science through his memberships in the Jacksonville Veterinary Medical Society and American Veterinary Medical Association.

Special Offers
END_OF_DOCUMENT_TOKEN_TO_BE_REPLACED
R
Ms. Rocker
Wonderful and very caring service. This hospital rate's are extremely fair and reasonable, they only perform the necessary testing needed unlike other vet places I have been to. I was very impressed with the knowledge and skills of the doctor. I finally found my new vet here in Florida! Lila and Gomez thank you!
Originally Posted On

Read More
Testimonials
S
Stephanie T.
I took my cat to San Marco Animal Hospital and would highly recommend them. Dr. Gutta spent quite a bit of time talking to me about my cat’s health and preventative care. The staff was friendly and even called to check on my cat after his vaccines. Excellent service, and caring providers!
Originally Posted On